A Safe Place to Go

Anxiety nagged at Pamalla’s mind. As usual, she had woken up, taken her daughter Aalia to the field to use the bathroom, fixed breakfast for her four children and left for work. But each day, as she labored in the fields, she couldn’t stop wondering if her 14-year-old daughter would be OK.

While these worries spun through her mother’s mind, Aalia had concerns of her own. What if she had to go to the bathroom by herself?

One day Aalia couldn’t hold it in all day, and their fears were realized.

Found Lying on the Ground

GFA pastor Raanan looked down from the rooftop terrace of his house and beheld a startling sight: A prone figure lay beside the path. Alarmed, he called out to his wife, Abony.

Abony rushed to help the unconscious person and discovered a familiar face; young Aalia attended their church. Abony cared for the girl as she woke up and then asked her what had happened. 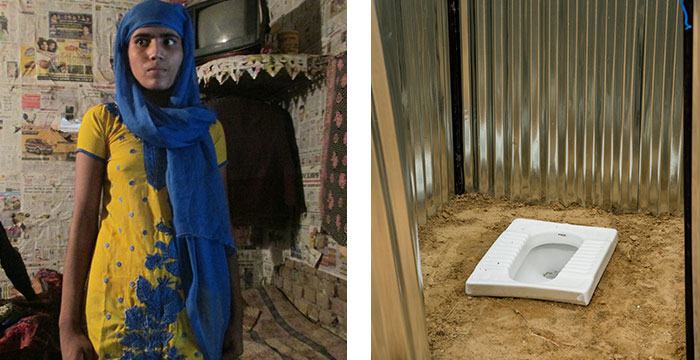 Left: Abony discovered Aalia (pictured) unconscious after she had a seizure while walking to relieve herself.
Right: Millions of families defecate in the open, exposing themselves to disease and sometimes violence. Simple outdoor toilets, like this one, can give families their own private place to relieve themselves and promote communal hygiene.

“I came [to go to the bathroom] and got [a seizure] and fell down in this position,” the girl explained.

Every day, Aalia had to walk some distance to relieve herself in a field because her family were some of 2 billion people without access to a toilet, latrine or other basic sanitation facility in their home.1 Every day, she risked having seizures along the road. This day, risk had become reality.

Abony explained the situation to her husband, and he visited Aalia’s home to find out more about the family’s circumstances.

Aalia’s father had passed away 10 years earlier, and Pamalla struggled to provide for her four children, earning less than $2 a day as a farm laborer. Being able to construct their own bathroom was an impossible dream, so the family had to relieve themselves out in the open.

In areas lacking toilets, people often go out to the fields or forests to relieve themselves. This practice, known as open defecation, is part of everyday life for approximately 673 million people,2 and it poses a huge health risk for people like Pamalla and her children. Poor sanitation, especially open defecation, increases people’s risk for diseases such as cholera, typhoid, dysentery, hepatitis A, polio and diarrhea.3 Diarrhea linked to poor sanitation kills approximately 432,000 people a year, many of them children under age 5.4

Open defecation threatens not only people’s health but also their safety. Many, especially women and girls, value their privacy and try to reserve their bathroom trips for the early morning or the night. However, this puts them at risk for harassment and assault. Studies from multiple countries have shown a significant increase in the risk of sexual assault among those who practice open defecation, and women and girls commonly fear sexual harassment when they go to relieve themselves.5 Pamalla and her daughters faced this risk every day, and Aalia’s recurring seizures caused an additional threat to her safety. Pamalla accompanied Aalia to the bathroom every morning, but then Pamalla had to go to work, and Aalia couldn’t always wait the whole day to go to the bathroom. Sometimes she had to go alone, as she did the day Abony found her. 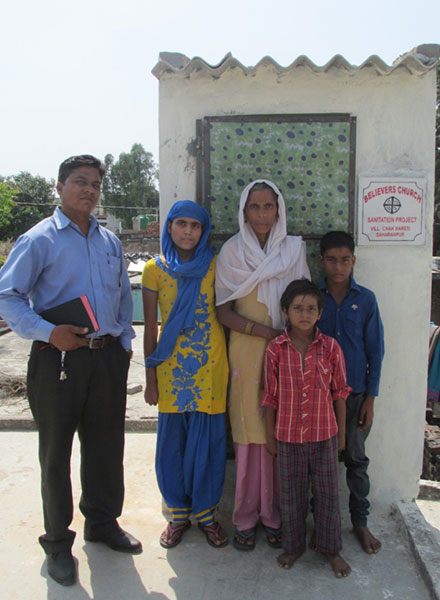 A Gift for the Whole Family

The same day that disaster struck, though, was also the day hope peeked through the curtains of the family’s lives. That was the day Pastor Raanan visited Aalia’s home and learned about their desperate need for sanitation, and he had an idea. He asked one of his regional leaders for help. Then Pastor Raanan brought exciting news to Pamalla and her family: The church would construct a toilet for them on their land.

“Because of the Church’s help, we got a sanitation [facility]. It is a great help. I thank God and the church.”

This gift helped Aalia’s family see how much God cared about them.

“I am thankful to the Lord for having concern for our family,” Aalia said. “Because of the Church’s help, we got a sanitation [facility]. It is a great help. I thank God and the church.”

Aalia, Pamalla and their family are some of thousands who have received a sanitation facility through GFA World, but millions more families around the globe still must defecate in streams, rivers, fields or other open places because they don’t have sanitation facilities. This jeopardizes their privacy, safety and health. 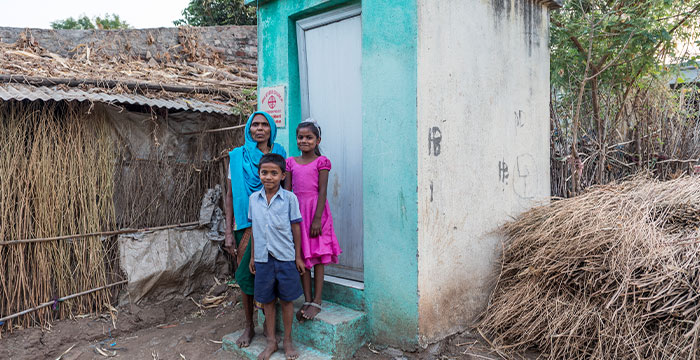 You can help guard communities from poor sanitation, disease, and protect women from assault, offering families much-needed privacy. By joining with GFA World to give a sanitation facility, you can provide families and communities safety, health and a visible reminder that God cares for their most personal needs. On average, it costs around $540 to provide a sanitation facility, but a gift of any amount makes a significant impact that will transform a family’s situation.

You Can Save Lives

You can help stop the spread of disease and offer dignity to people living in poverty by providing proper sanitation with Christlike compassion.