Chills of Winter Give Way to Warmth

Sinhal’s childhood was marred by poverty and trauma. He and his family struggled to survive, staving off hunger and illness any way they could. Yet, above all else, there was one problem that never seemed to go away, hounding Sinhal and his family: the cold. 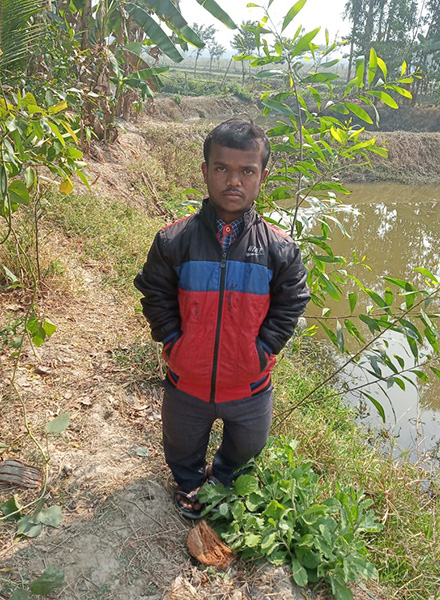 GFA-supported worker Sinhal (pictured) recieved a warm winter jacket at a GFA-supported gift distribution, enabling him to minister in all kinds of weather without falling ill.

A Family’s Fight Against the Cold

After Sinhal’s father tragically passed away when the boy was only 9, he and his mother and his two siblings were left to survive on their own. Sinhal’s father had been the primary breadwinner, and his mother had to stop working for health reasons. Sinhal’s small stature limited his working ability, too. What little money they had was from Sinhal’s uncle, who helped them for a short time. However, the uncle stopped sending money when Sinhal’s younger brother found a job at age 13.

The limited funds were only enough for bare necessities, and winter clothes and blankets cost far too much for their meager income. Because they lived in a rural village, there was no central heating. Every cold season, Sinhal and his family suffered without warm clothes.

The Struggles of a Pastor

When he was a teenager, Sinhal came to know the Lord through a friend. As soon as he became old enough, Sinhal went to study at an independent Bible college. He graduated three years later, and filled with a burning passion, the new pastor went out to minister among the hurting and suffering.

The burden of cold from his childhood remained with Sinhal, and the winter seasons made it difficult to minister. But instead of hiding indoors, he pressed on during the bitter cold, determined to not let it get in the way of his ministry. Sinhal fell ill many times, and he often couldn’t sleep properly during chilly weather. However, in those times he would pray, seeking the Lord and asking for His provision. 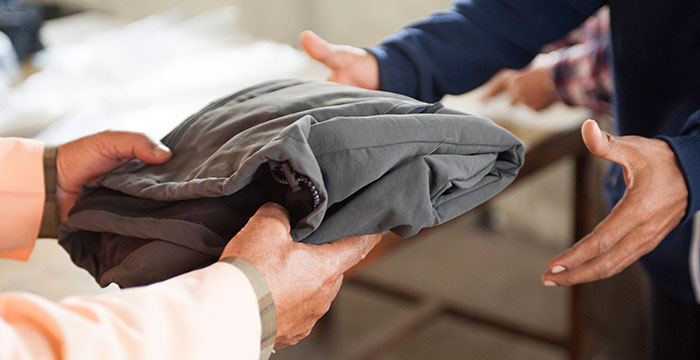 The Lord listened—and He provided. Through a GFA-supported gift distribution, Sinhal was provided with a heavy winter jacket, thicker and warmer than anything he had ever owned. Now the winters would be more bearable, unlike those he previously faced.

“Once I had a thin and old torn cloth,” Sinhal says, “but now because of God’s abundant grace and love, I am able to wear a new and thick jacket and be protected from the severe cold. God has provided all my needs on time.”

Sinhal continues to faithfully serve the Lord, and he is now able to brave the harshest temperatures in safety. Thanks to his warm jacket, he enjoys better sleep and better health, and he can energetically serve the Lord to his fullest capacity.

Just like Sinhal, these men pictured received the gift of winter jackets and are now able to minister in the cold weather.

Thousands of other families and missionaries suffer from the cold in Asia as Sinhal did. Thanks to your partnership, they are provided with warmth in the depths of winter.

See More Gifts for the Winter »