Drugs, Cancer Took His Parents but Not His Hope

Tears rushed down Sam's cheeks. His mother had succumbed to cancer, leaving the 6-year-old alone in the world. Soon, Sam’s father sent a message from prison—would someone please help his son? 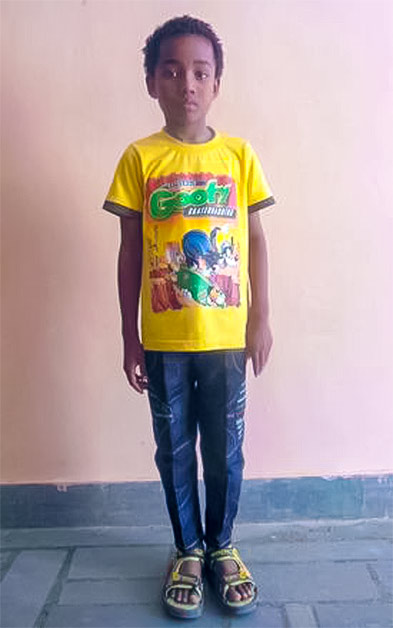 Sam (pictured) was only 6 years old when his whole world turned upside down.

Family Ravaged by Self-indulgence and Illness

Sam’s father, Afiba, left Nigeria to find work in Asia several years ago. He married, found a stable job and soon welcomed Sam into the world. Over time, however, indulgent habits took over Afiba’s life. He beat his wife and even forced his young son to drink with him. It was not long before Afiba landed in prison for smuggling drugs.

Suddenly lacking a provider for the family, Sam’s mother, Marala, could not pay the rent for their home. A kind lady generously allowed them to stay in her house for several months without charging rent, but when preparations began for her son’s marriage, she had to ask Marala and Sam to find another place to live.

In the midst of their troubles, Marala also battled breast cancer. Struggling to care for her child and fight her disease, she turned to everyone she knew for help. Some Christian neighbors prayed for Marala and introduced her to missionaries serving in their area. The missionaries admitted Marala to a hospital, but her condition worsened, and she passed away.

A New Home for an Orphan Boy

Upon hearing of his wife’s death, Afiba asked the missionaries to help his son because he was unable to care for Sam himself. The missionaries and the Child Welfare Committee brought Sam to a home for boys where GFA-supported workers served. The staff members at the home demonstrated the Heavenly Father’s love by providing food, education, guidance and a loving environment for abandoned children and orphans, helping them to thrive despite their childhood sorrows.

Sam arrived at the boys’ home dejected and grieving the loss of his mother. After enduring so much pain in his short life, Sam seemed lost in his own little world. The staff patiently cared for him and helped him through the difficult adjustment of living among new people, without his mother.

Their love bore fruit, and joy found its way back into the little boy’s heart. Although his parents were not present to love him, he treasured the love of the staff and embraced his new home. The care, hope and education Sam received made his future bright—in fact, he expressed a desire to become a doctor when he grows up. 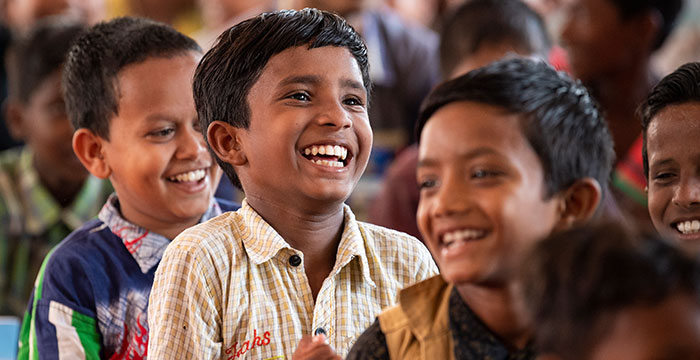 Sam, like the boys in this picture, gets to experience a loving home and a new hope for a brighter future.

Instead of joining the millions of children living on their own in Asia’s streets and villages, Sam was surrounded by a loving “family” who cared for him in Christ’s name.