GFA-supported Compassion Services teams grew in the wake of natural disasters, such as the 2004 Indian Ocean Tsunami, that pummeled areas where GFA-supported workers were ministering. National workers had always responded in times of crisis, but as the ministry grew—and disasters seemed to increase in ferocity—the need for coordinated relief effort took form.

Present the Moment After Tragedy

In the hours following a cataclysmic event such as a tsunami, cyclone or earthquake, stunned silence punctuated with grief-soaked sobs hangs heavy in the air. Compassion Services teams—often the first to arrive—bring provisions for survivors and listen to those who endured such horrific experiences.

These relief workers quickly erect emergency shelters and distribute food rations. Along with provisions for basic needs, survivors are given comfort and hope. 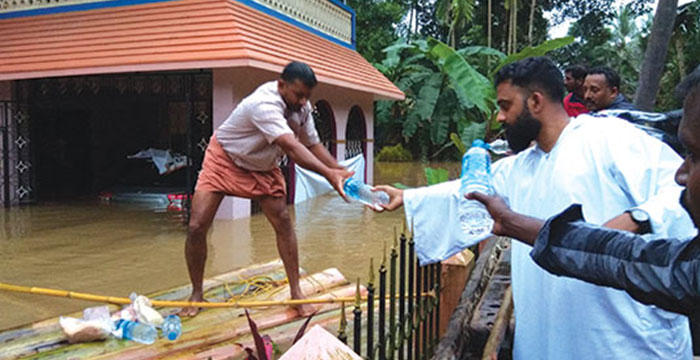 Kalei, a mother and grandmother who survived 2013’s Cyclone Phailin, which ravaged the coastal shore of Odisha, India, escaped the storm with nothing but the clothes on her body. Her family’s mud hut was washed away by torrential rain, along with all their possessions. Compassion Services came to her village with groceries and clothing to help the immediate need.

Then there were the side-by-side earthquakes in Nepal during the Spring of 2015. It was the worst disaster in the nation’s history. The 7.8 and 7.3 magnitude earthquakes, occurring two weeks apart, toppled cities and villages across the rugged landscape of the nation, whose northern border runs through the Himalayan mountain range.

With a wide reach of established pastors and national workers in the country, GFA-supported disaster-relief teams partnered with the government of Nepal to search for survivors and rescue people stranded in the mountains.

Fast forward one year: Displaced victims of the Nepal earthquakes returned to their villages and schools. Compassion Services teams switched from food rations to household items and school supplies. Simple items like mugs, buckets and salt brought relief and hope. Villagers who did not have the means to replace what the earthquake stole rejoiced at gifts of warm blankets and coats.

In 2013, the receding flood waters from Cyclone Phailin revealed the full impact of the storm. Homes and farms that were completely washed away left hundreds of thousands of people like Kalei without permanent shelter or a means to support themselves. National workers surveyed the damage and committed to the long-term rebuilding needed in decimated villages.

Christmas gift distribution programs provided survivors with sewing machines, carpentry tools and livestock—the means to build a new source of income. Plans developed to rebuild more than 1,000 homes—houses made of brick and cement and able to weather future storms.

Kalei stood in the door of her newly constructed brick-and-cement home with tears in her eyes.

“We were not able to build a house [for ourselves, especially one] made of bricks and cement... We are so thankful to our God for his mercy and to our church for their help.”
—Kalei

“We were not able to build a house [for ourselves, especially one] made of bricks and cement,” Kalei said. “We are so thankful to our God for his mercy and to our church for their help.”

When catastrophic disasters strike Asia, national workers are in the perfect place to respond immediately. Already part of the culture and community, GFA-supported response teams arrive on the scene within days or even hours, providing hope and relief.

In August 2018, floodwaters deluged the South Indian state of Kerala. Across the state, roads became rivers, and hundreds of thousands of people were stranded on rooftops, searching for higher ground.

GFA-supported workers—filling the ranks of Compassion Services teams—cruised flooded streets in boats, rescuing those surrounded by rising waters. In the boat, team members gave bottled water and food to passengers and took them to emergency shelters.

“Because we have brothers and sisters living and serving in Kerala, we will be with these flood survivors for the long haul,” said Dr. K.P Yohannan, founder of GFA. “We will help them clean their homes, rebuild their houses and provide them with income-generating gifts to restore their lost livelihoods. We will minister hope in the name of Jesus and share His love in word and deed.”

Offering hope and help in the name of Jesus during great suffering is the heart of GFA-supported ministry. Compassion Services teams are present in the tragic moments following catastrophe with the love of Christ to help survivors journey into joy.

For more than 30 years, GFA-supported national workers have ministered aid to people affected by flooding, earthquakes, cyclones, fires—even war. In 1986, national workers began providing relief to Tamil refugees fleeing the civil war in Sri Lanka. They had hot tea and food waiting for the weary travelers who arrived in the early morning hours on the southeastern shoreline of India by boat, and they offered them spiritual nourishment through the comfort of God’s Word.

Since then, whenever natural disasters wreak havoc in their communities, GFA-supported workers serving in the affected areas band together to provide immediate aid to those in need.

It wasn’t until 2004, after the massive Indian Ocean Tsunami ravaged the southern shoreline of India, that GFAsupported relief teams were recognized as “Compassion Services.” These teams are there for the long-haul. Even years after a natural disaster has left its mark, Compassion Services teams are rebuilding homes and providing physical and emotional assistance to those who lost everything. 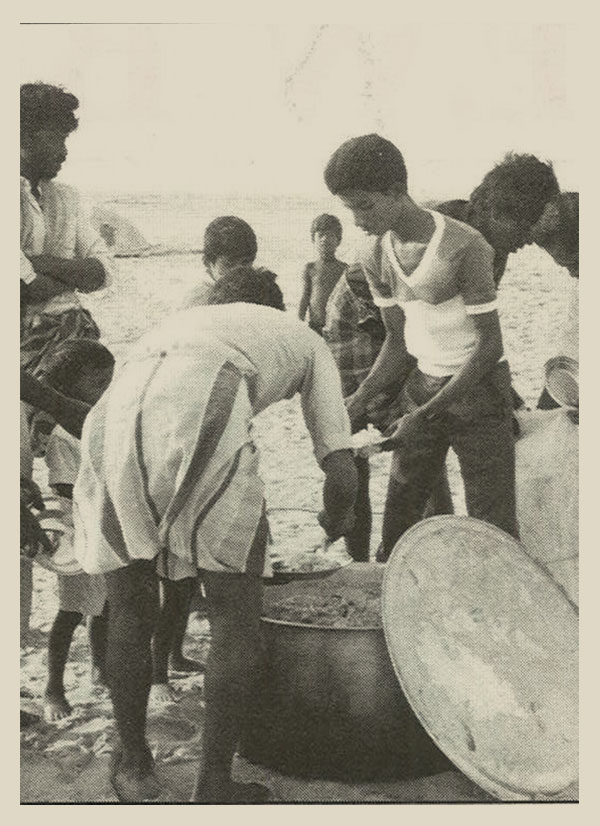