'The Lord is with Me When I Pray'

Sister Mary grew up in a small, remote village in Asia. She never went to school and has remained illiterate for 42 years. Despite her limitations, Sister Mary has seen God do impossible things. This is her story. 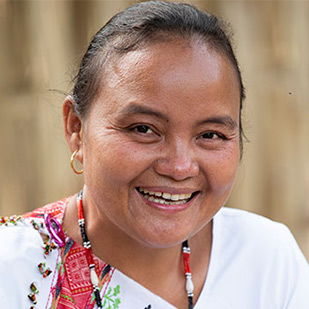 In the year 2007, Sister Mary traveled with her husband, a GFA-supported pastor, and other national workers to meet many suffering people in need. One woman was pregnant and sick. She was close to delivering her baby, and both were in danger.

Seeing the power of God displayed through prayers, Sister Mary decided prayer would be the bedrock of her ministry.

Prayer: The Fount from Which Healing Flows

Back in her own village, Sister Mary did not want to stop praying for people, and with it, the privilege of seeing God move in their lives. So she started a prayer group. They gathered weekly to pray for the sick and needy. News of their group spread, and many people made their way to it to receive hope and healing through the prayers of Sister Mary and her companions.

For many, it was the first time they realized there was a God who cares for them personally and answers prayer.

Those who sought Sister Mary’s prayer group were not the only ones ministered to. Sister Mary noticed a change in her as well. Love for the sick and destitute grew in her heart. She wanted to be with them and serve them. She wanted to share with them the God of power and love.

Eventually, so many people came to the prayer group that met in Sister Mary’s house that she knew they needed a separate facility. Often, people would drop off their family member or friend to be cared for until healed. Some stayed weeks or months. Sister Mary did what she always does—she prayed.

“Those who came for prayer needed rooms,” she says. “We lacked sufficient facilities. … I started to pray and fast for 20 days, and the Lord answered my prayers.” 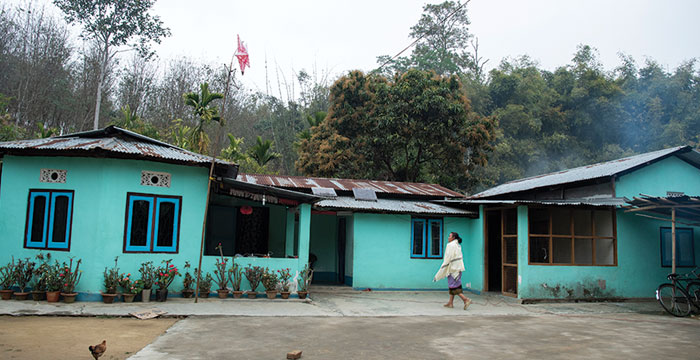 Trusting God in Life and Death 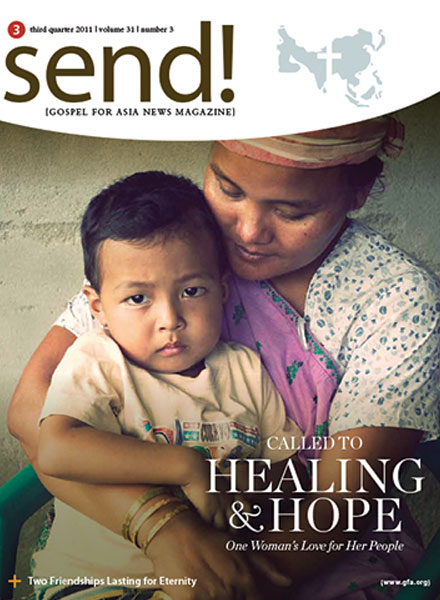 Sister Mary stood in awe as God healed thousands of people in the Bethsaida Prayer Center through her simple prayers and those of her team. But not everyone rejoiced at the reports of miraculous healings.

One day, a man suffering from throat cancer, Kalpa, came to the prayer center. After a month, the Lord healed Kalpa. He and his whole family embraced the God of healing who came through for them in their moment of need. When the family returned to their village, news of their newfound belief stirred up trouble. When another family from the village wanted to join Kalpa in worshiping Jesus, the other villagers became enraged with Sister Mary and the prayer center staff.

“I told the villagers that the Lord did the healing [of Kalpa], and I told the family that the Lord loves them and offers eternal life,” Sister Mary shares. “Hearing that made the village head furious, and he took a machete and tried to hack me. But the Lord protected my life miraculously. … I did not even realize [the machete] had touched my neck.”

A few months later, the very man who viciously attacked Sister Mary came to her for prayer when he was suffering from cancer. In His mercy, the Lord healed the man, which opened his heart to believe in the Lord Jesus.

Another time, Sister Mary was injected with a lethal poison by a violent man who opposed her ministry.

“I survived because my God is a living God, and He rescued me,” Sister Mary says. “Yes, there are threats to my life in ministry, but I believe that God is always with me and protects my life … That incident did not douse my passion and desire to serve the Lord, rather it deepened my commitment to serve the Lord all the more.”

A Life Devoted to God

Prayer is the fuel for Sister Mary’s faith in the Lord. Her time with Him energizes her life, bringing the power to love and serve everyone she interacts with. Her trust in the Lord is the natural fruit of seeing Him perform so many miracles and answer so many prayers.

“I am so happy and glad that the Lord not only hears our prayers, but He also answers,” she says. “I know that the Lord is able to do what man is not able to do. … I always want to be surrounded by His presence.”

“I know that the Lord is able to do what man is not able to do. … I always want to be surrounded by His presence.”
—Sister Mary 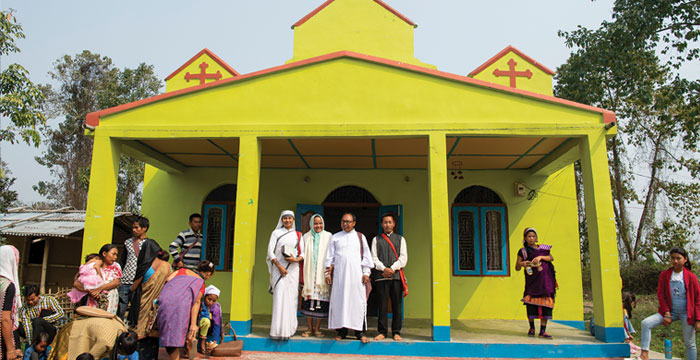 God, in His mercy, has seen fit to use the weak, despised and rejected—women like Sister Mary—to proclaim His glory around the world. Many women all throughout Asia serve as instruments of the Living God to bring the hope of Jesus into broken and suffering lives. Women have a unique opportunity to enter the secluded and often vulnerable lives of other women. The ministry and prayers of these mighty women are flooding communities in Asia with hope and joy in the name of Jesus. 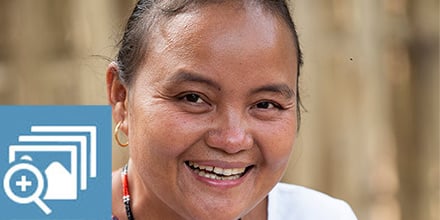 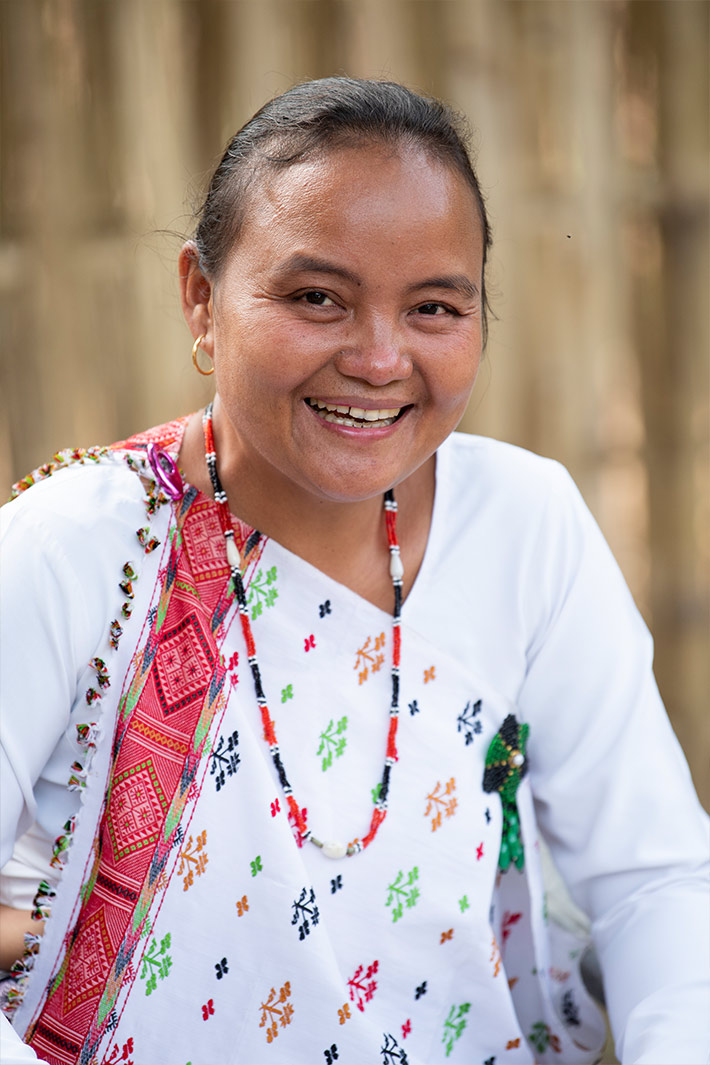 1 / 9
This is Sister Mary, who has been serving the Lord alongside her husband as a GFA-supported worker for about 12 years. 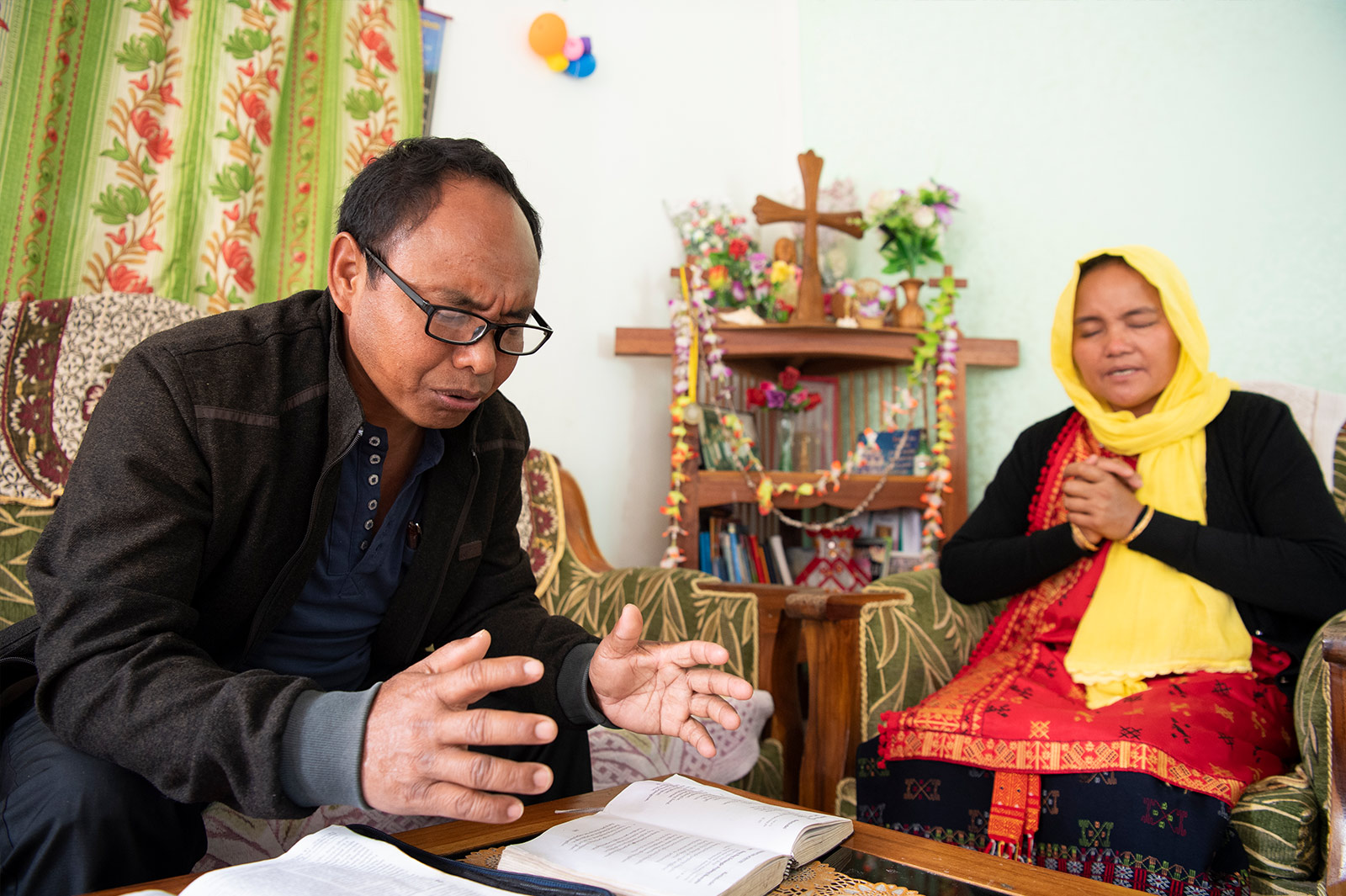 2 / 9
Sister Mary begins her day with prayer and Scripture. Because she is illiterate, Sister Mary’s husband reads the Bible out loud. 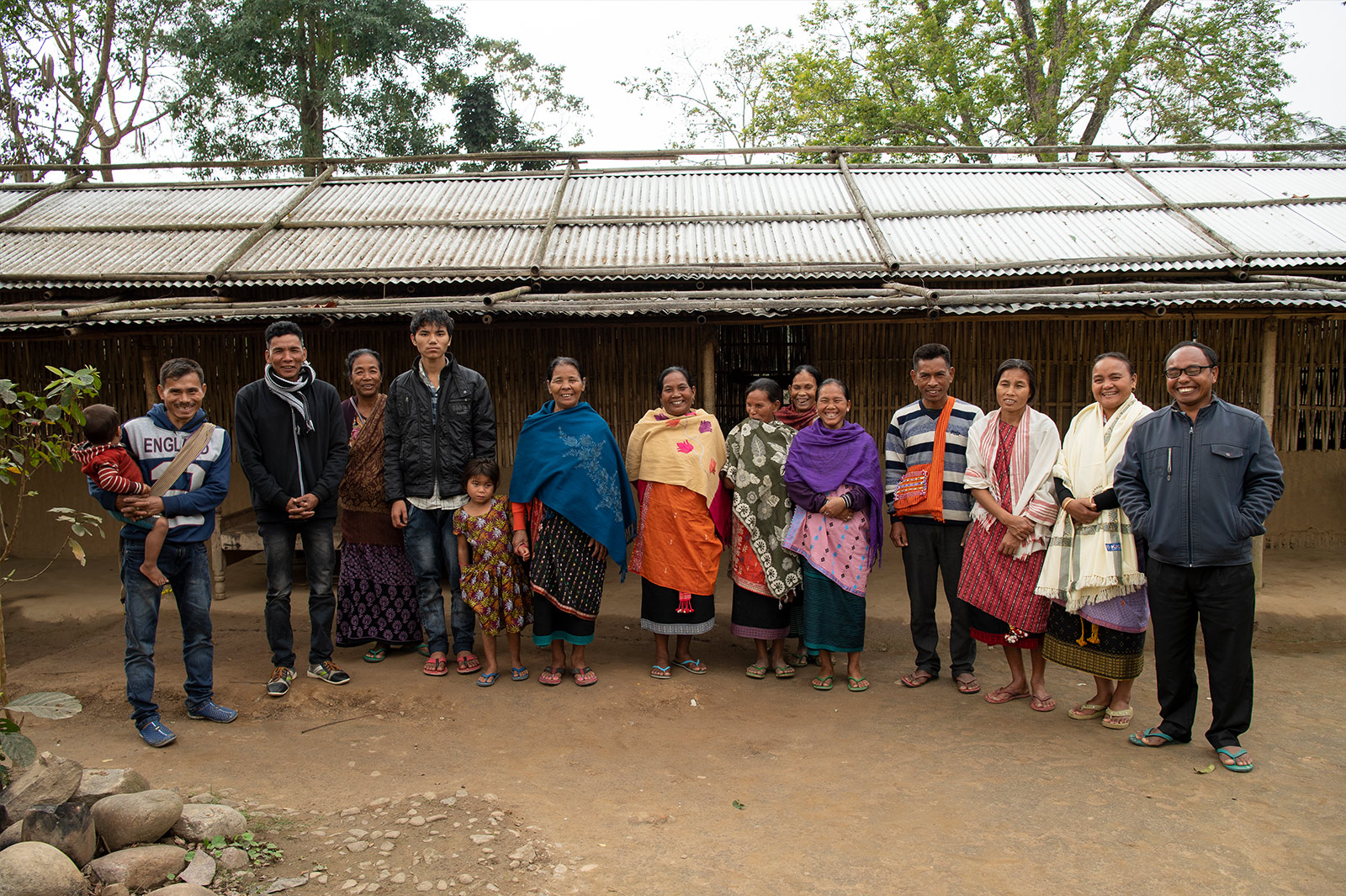 3 / 9
Sister Mary has seen God bring healing to thousands of people through her simple prayers. In response, this prayer center was built. People from surrounding communities seek Sister Mary at the house of prayer and receive hope from God. 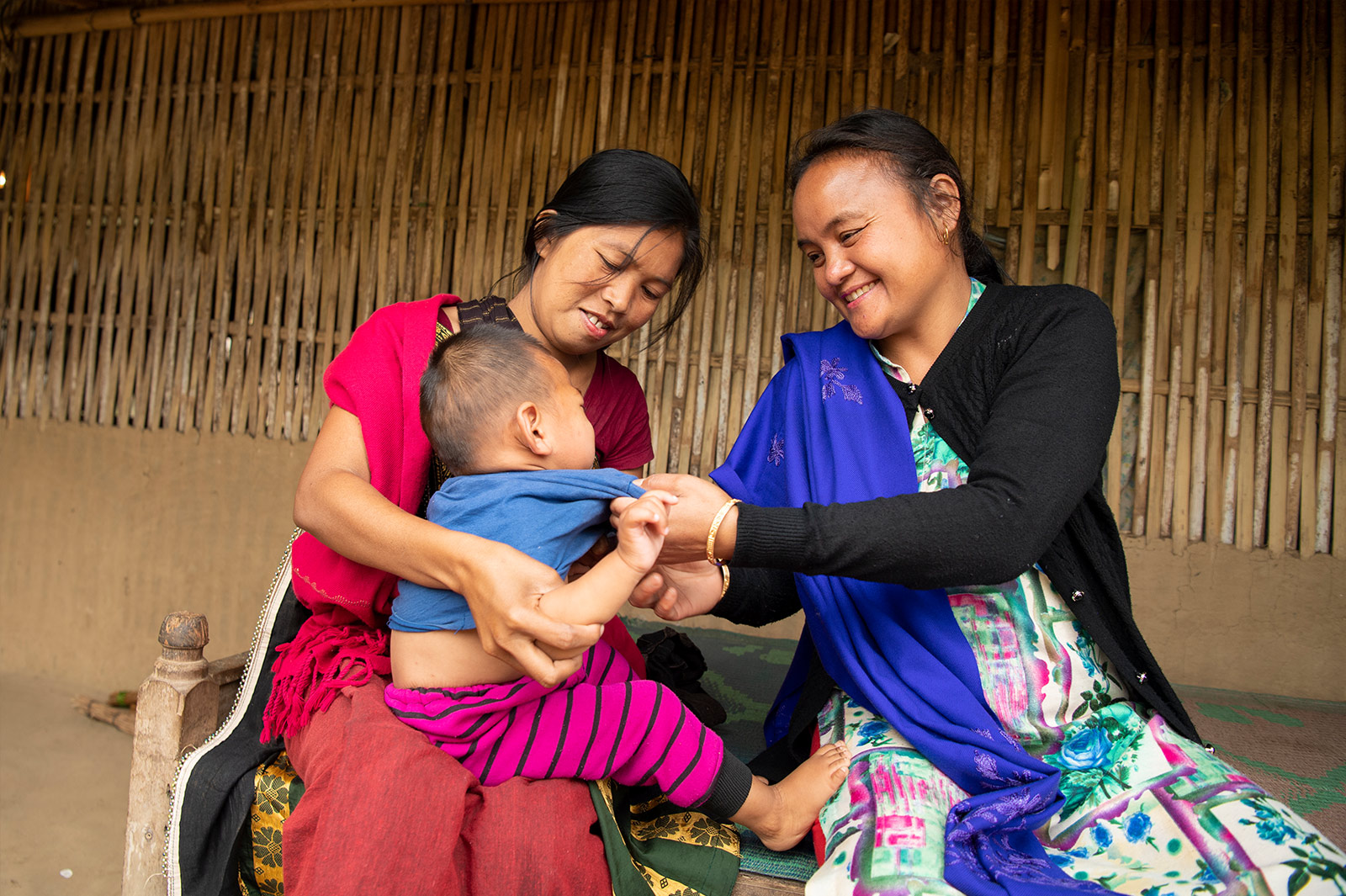 4 / 9
At 18 months old, baby Kalpa cannot walk or sit up. He has weak legs. Baby Kalpa’s parents bring him to the prayer center every morning for Sister Mary to pray for him and massage his legs. 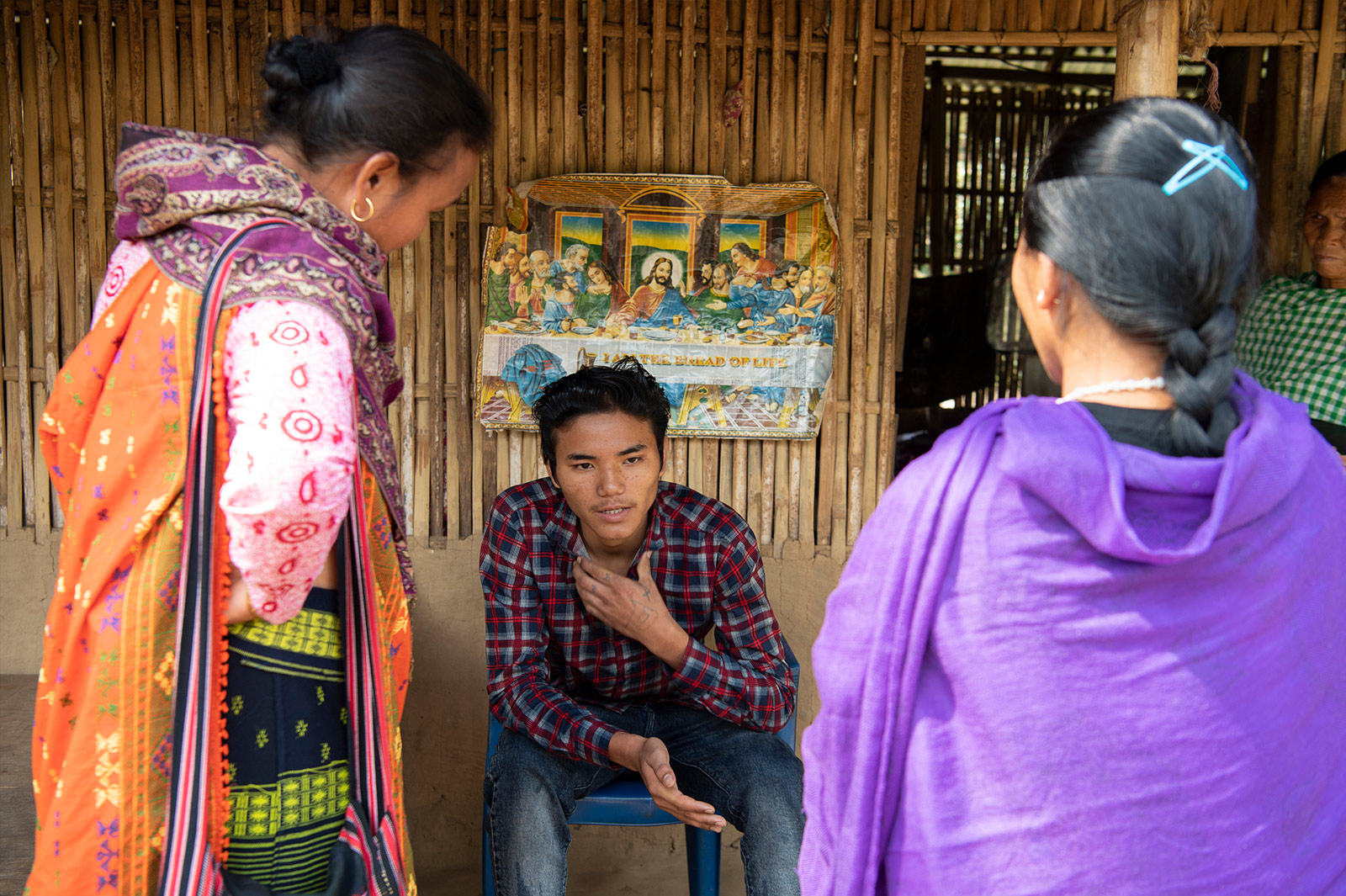 5 / 9
Having gone to several doctors and hospitals for mental instability, Gyan finally went to Sister Mary for prayer. He stays at the prayer center where Sister Mary and her team help care for him. 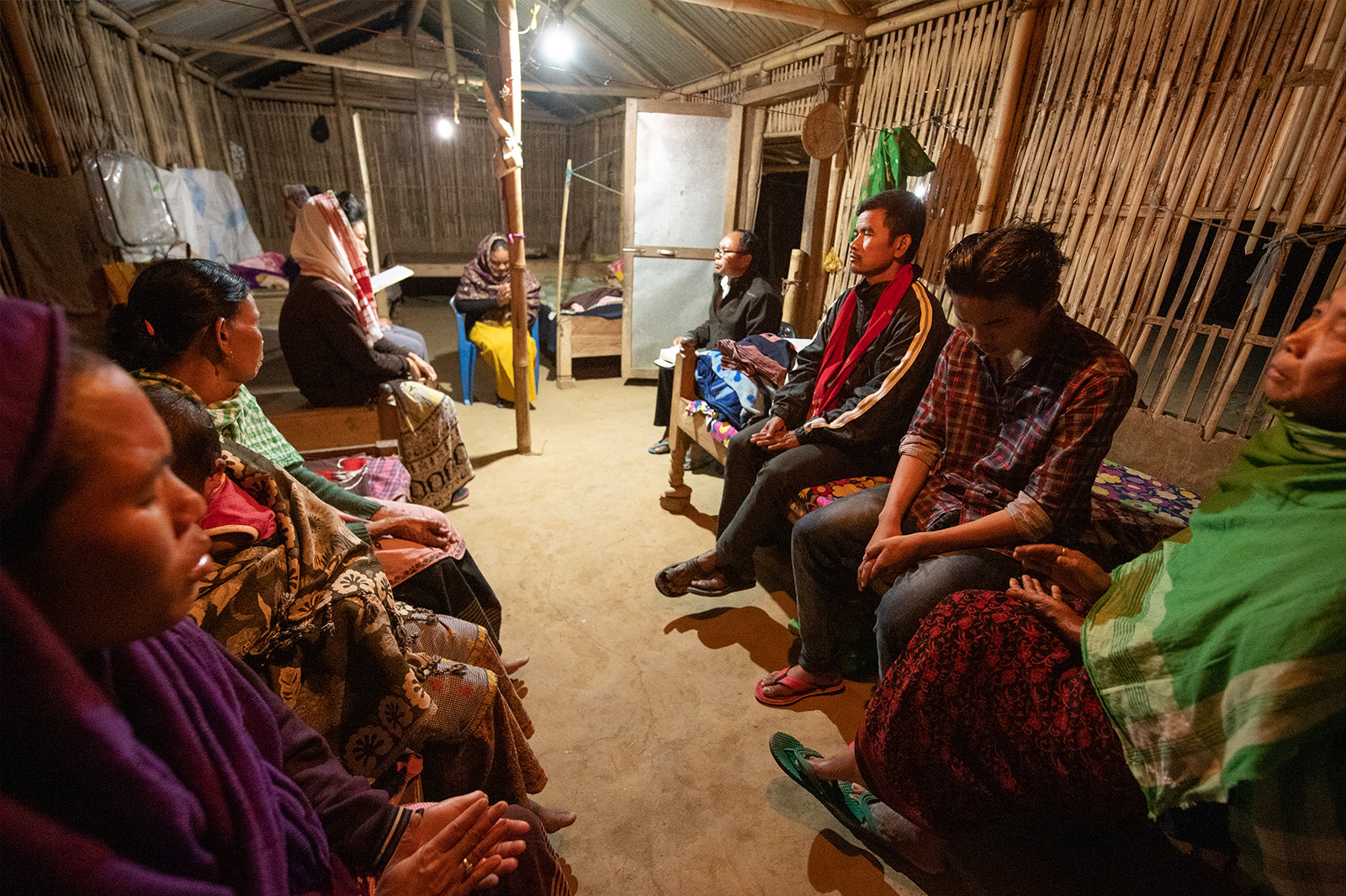 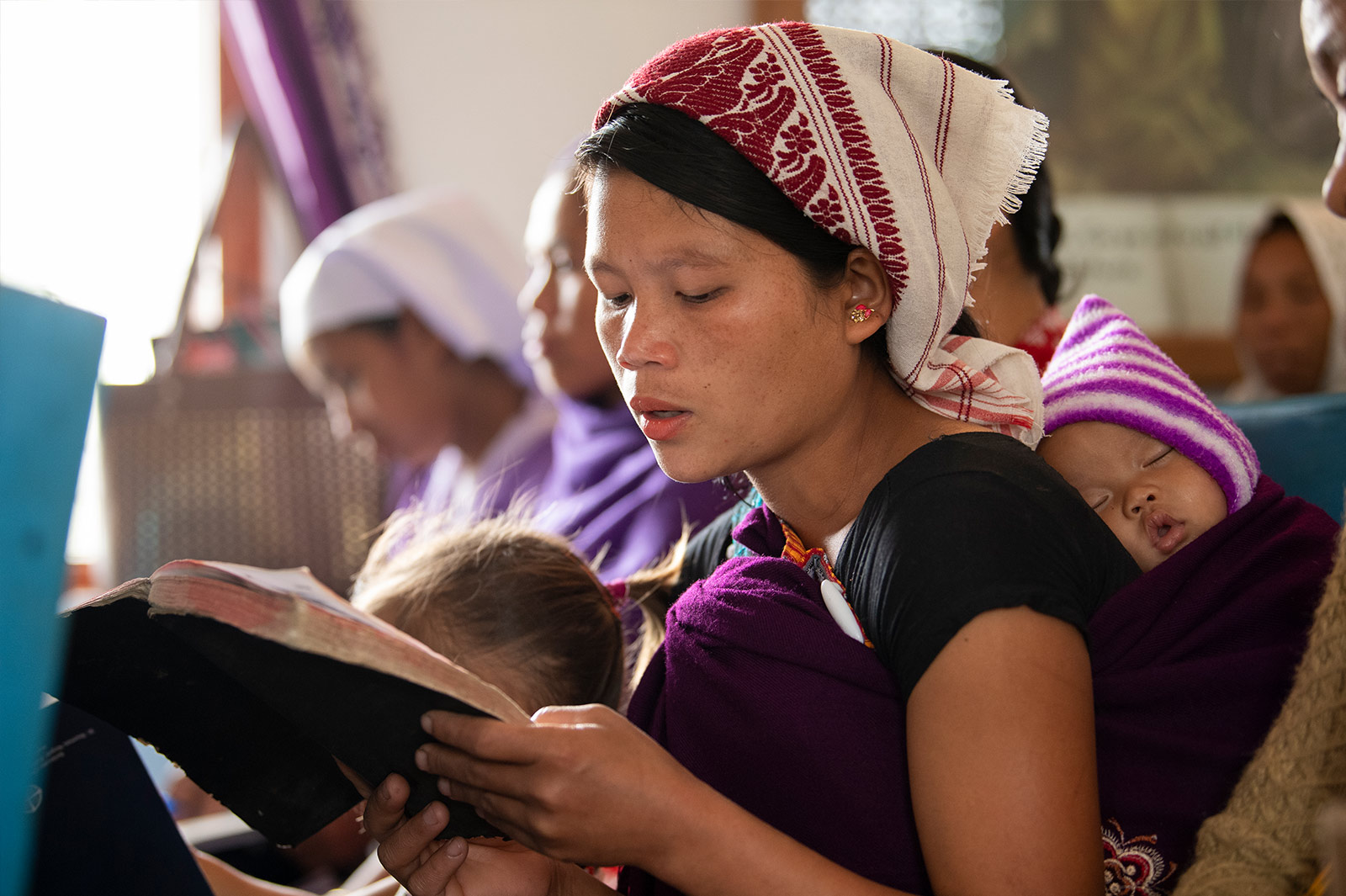 7 / 9
National workers and residents of the prayer center join the local church services. 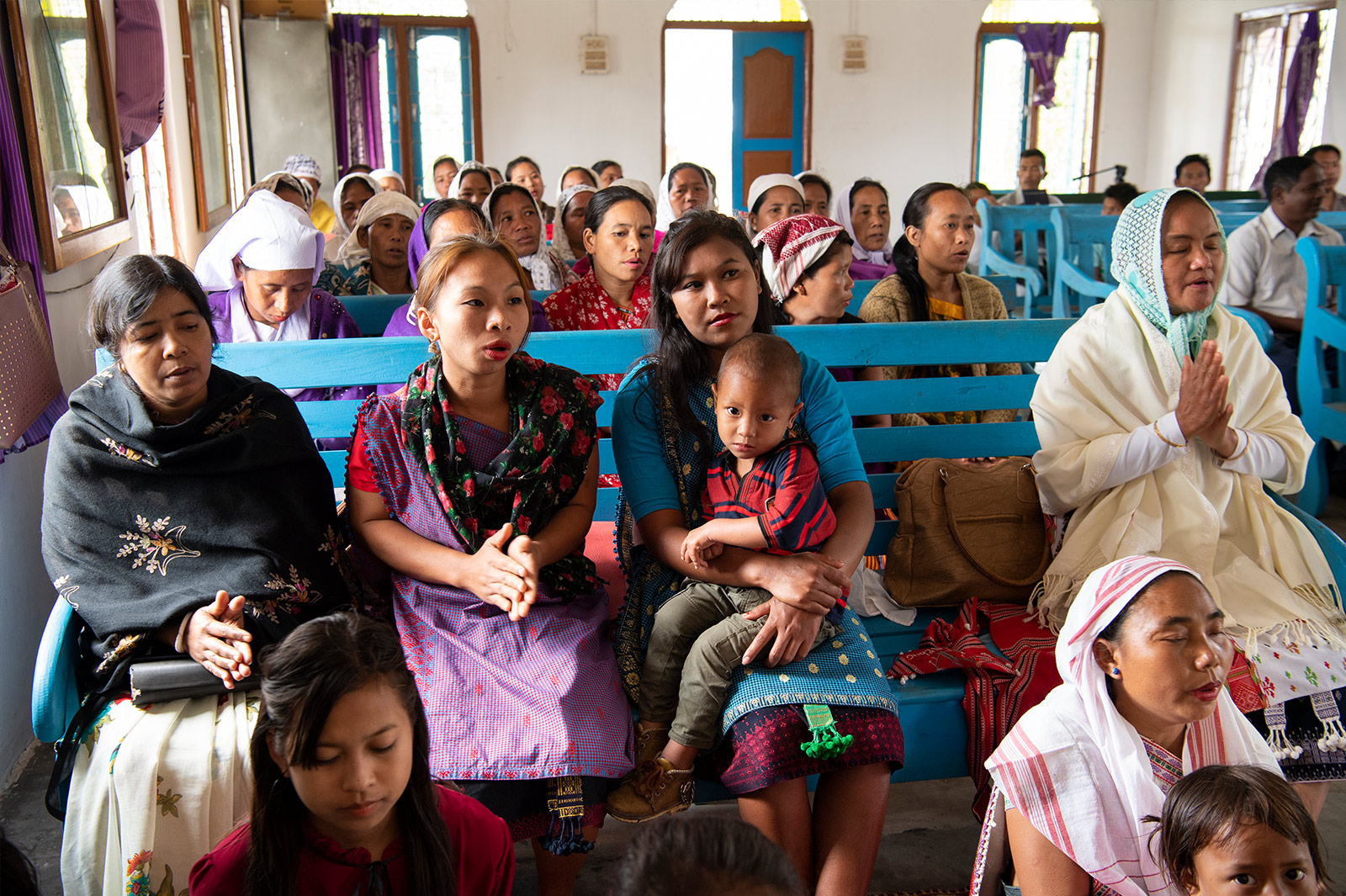 8 / 9
Many people, after receiving healing at the prayer center, join their local congregation to praise the God who brought wholeness to their lives. 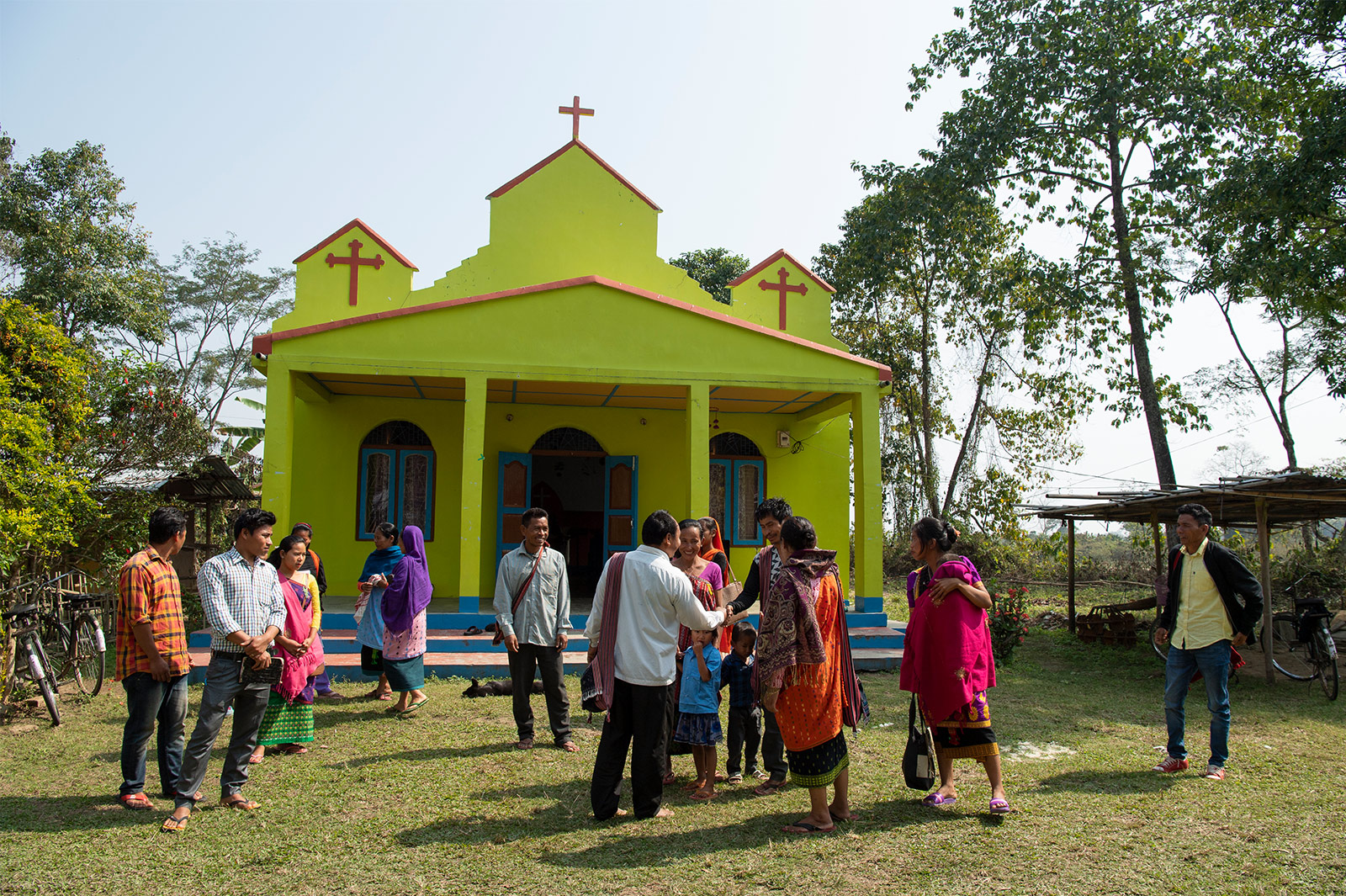 9 / 9
Sister Mary’s prayer ministry has become an integral part of the ministry of the local fellowship. As she and her husband have been faithful to serve the Lord, they have seen Him answer countless prayers and change thousands of lives.
Previous Next

In the summer 1984 issue of SEND!, GFA first announced the need for women missionaries who are “able to freely enter homes of other women and share the love of Christ. She can sit and talk with her new friend, teaching and reading from the Bible. For men to even attempt such a ministry would be an outrage and would do great harm to the cause of Christ. The only opportunity for men to [minister to] women and children with the [Good News] is in public … meetings, where women sit segregated on one side of the pavilion. But most women will never have such an opportunity.”

That fall, GFA reported that 59 people across North America had sponsored women missionaries, allowing the first phase of GFA-supported Women’s Ministry to begin!

In 2005, GFA helped establish Women’s Fellowships to strengthen the churches led by GFA-supported pastors. Women could learn how to study God’s Word, pray, serve their church and minister to their neighbors.

Today, Women’s Ministry has grown to include health care training, literacy classes and a group of specialized women missionaries called Sisters of Compassion, who minister to the least in society living in slums and leprosy colonies. 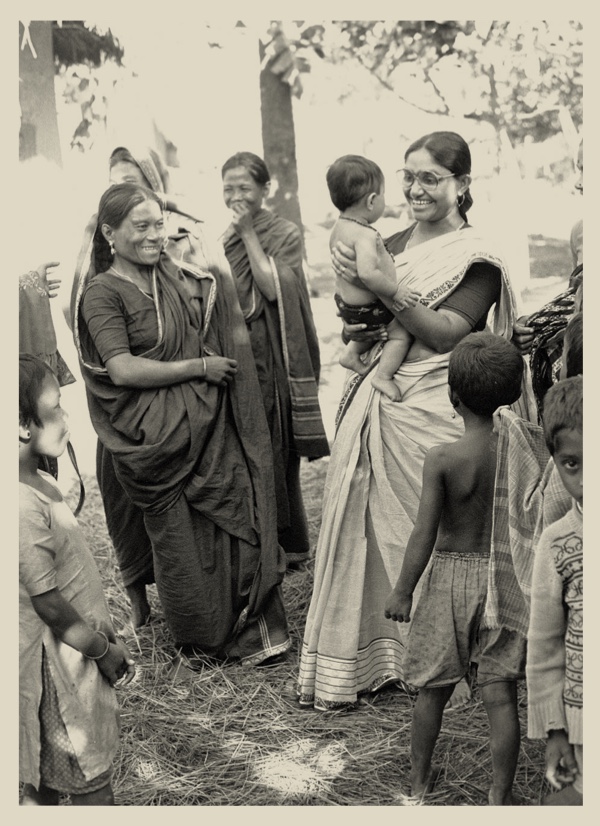