Trek Through Mud Brings About Renewal

Pastor Dalajit sighed at the long list of sick families to pray for. Dysentery, typhoid, malaria and other maladies plagued many of the families in the village where the GFA-supported pastor served the Lord.

The GFA-supported film team members knew there were people living in a village almost three miles down that road who needed to be reminded of God’s love for them and of His purpose for their lives. Rain, a muddy street and lack of transportation were minor obstacles to overcome considering the importance of their journey.

As rain streamed down their hands, Jinesh and Tavish strapped their film equipment to their backs and began the three-mile journey on foot. By the time they reached the village, their clothes were drenched, and their bodies were tired. They took no time to rest, however; evening had begun to descend, which meant their ministry was just now beginning. 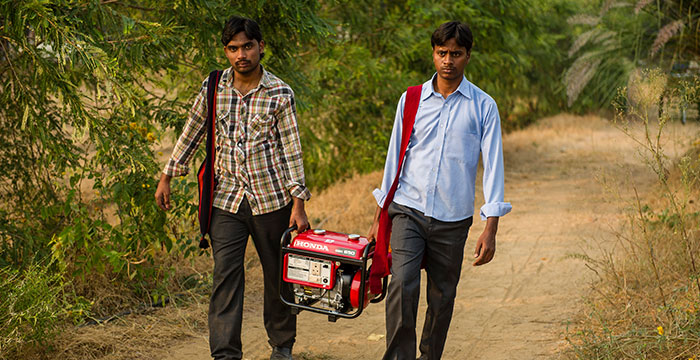 Jinesh and Tavish quickly sought out the local pastor for permission to partner with him in retelling the account of Christ’s love and life to the villagers—many of whom already knew of Jesus but lacked a personal relationship with Him. Then the team invited people to watch a film about Jesus, but they received resistance.

“We have just come from the paddy field,” many told them. “And in this rain, who would like to watch the film?”

Yet again, the rain seemed to be against them. But Jinesh and Tavish had faith and knew the God who controlled the weather, so they prayed.

Within minutes, the rain stopped.

The sudden change surprised the villagers. The rain had been incessant; even when it died down, there was still a drizzle. But now it had completely stopped.

Slowly, the villagers made their way to where Jinesh and Tavish had set up the white sheet and projector that would display the movie “The Passion of the Christ.” In total, 80 men, women and children watched a depiction of the love and sacrifice of Jesus through film. As the Holy Spirit moved, people wept and repented of their sins.

“O, Lord,” some of them cried out, “You have suffered so much for the sake of your children, and we forgot Your love and lived our lives dishonoring You. Instead of glorifying Your name, we sought to satisfy our humanly desires and go on our own. We are very sorry, Lord. Please forgive us and do not get angry at us.”

When the movie finished, Jinesh prayed for those who had gathered and shared Romans 8:1 with them,“There is therefore now no condemnation to those who are in Christ Jesus, who do not walk according to the flesh, but according to the Spirit.”

“If we were going for some other purpose than ministry, we might have gotten sick with our wet clothes,” Tavish says. “But it is the Lord’s desire that we should reach out to these people, that even when we were wet, we did not get sick. May all the glory and honor belong to Him.”

In 1987, GFA announced the hopes of beginning a new ministry on the field: film shows. “Man of Mercy,” a movie depicting the life, death and resurrection of Christ, had been drawing crowds by the thousands wherever it was shown. In 1988, with the help of donors like you, GFA began providing generators, projectors and copies of the “Man of Mercy” film to national missionaries so many in Asia could discover the love of Christ for the first time. By 1989, GFA had provided 114 films and projectors to GFAsupported workers.

Today, hundreds of film teams throughout Asia are sharing the Good News through “Man of Mercy” and various other films depicting Christ’s life. They are seeing countless lives changed for eternity. 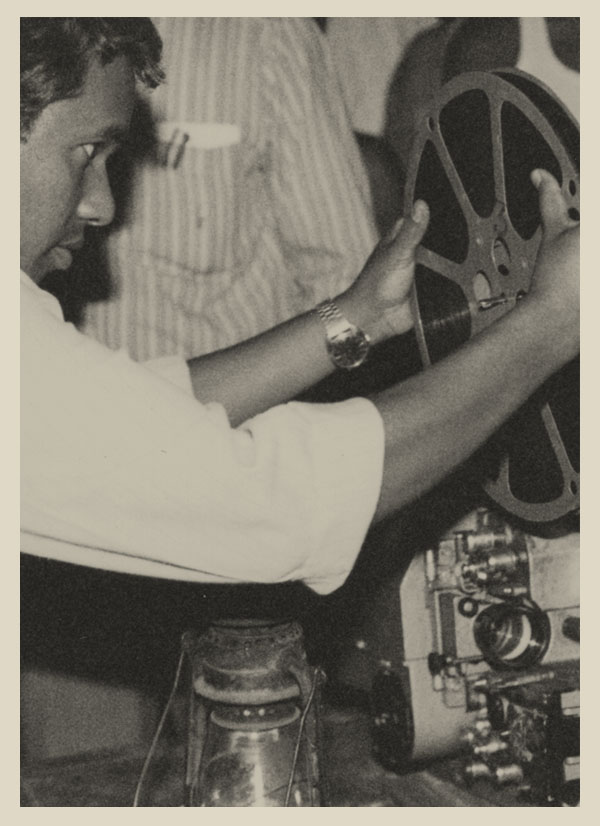