In the Trail of Two Wheels

GFA pastor Matai gingerly dismounted his bicycle and stretched his weary muscles as the sun lowered over the horizon. He had traveled many miles since its rising—without any food. Perhaps his stomach grumbled as he caught scent of dinner wafting from his home. He might have exhaled and pushed aside a cloud of discouragement as he at last found respite for the night.

It had been a typical day for Pastor Matai, who traveled more than 12 miles by bike or on foot to remote villages. Like the rural places where many of the world’s poor people live, the communities Pastor Matai served were isolated by distance and terrain.1 With no other means of transportation, Pastor Matai relied on the power of his legs and the two wheels of his bicycle to traverse the rugged terrain.

It was exhausting, but Pastor Matai had to remain alert so he could watch for poisonous snakes and wild animals along his journey. Staying somewhere overnight was not an option; he had to push on to reach his own door by nightfall.

Was it really worth it? Was he really making a difference? Or was his toil all for naught?

Still, day after day, Pastor Matai made the trek, determined to share Christ’s love. Perceiving the desperate need of the men, women and children he encountered every day, Pastor Matai’s compassion overpowered his fatigue.

A Remote Village in Need

One particular village burdened Pastor Matai’s heart. The remote area was sparsely populated, and its inhabitants were uneducated and impoverished. Like many poor people living in rural areas, their job opportunities were limited.2 Most sought to eke out a living by cultivating rice, wheat and corn. 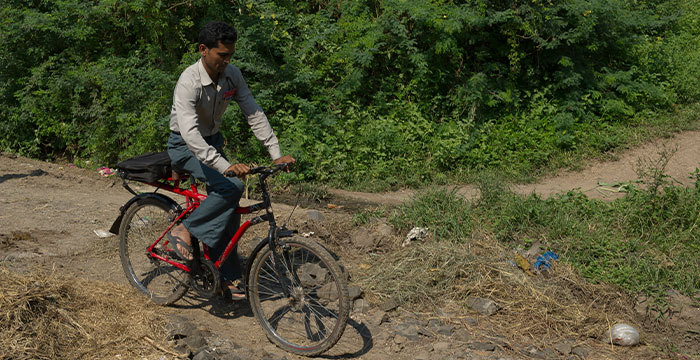 Despite the seclusion, Pastor Matai constantly mounted his bicycle to visit. And when the hills were too steep to bike, he hiked. He saw beyond the unpolished exteriors of these people to the gems within. He saw individuals created in God’s image who needed to know their Creator’s love.

A month after he began visiting this village, Pastor Matai met Leoni, who was suffering from tuberculosis. After asking God to heal Leoni, he continued to visit her daily to pray. Soon, doctors confirmed Leoni’s health had improved. Witnessing God’s power, Leoni’s family put their trust in the Healer and offered their home to Pastor Matai for lodging and conducting worship services.

News of Leoni’s healing spread, but not all the villagers were pleased. Some troublemakers approached Pastor Matai and Leoni’s husband with warnings to not tell the Good News in their village.

The rebuke sent Pastor Matai to his knees, where he spent many hours in prayer, entreating God for open doors and changed hearts. The time in God’s presence emboldened Pastor Matai; resolve built in his heart. He would share God’s love and impact lives for eternity, no matter what challenges he might face.

Pastor Matai returned to the village, where he discovered God had shut his opposers’ mouths, much like the lions Daniel had faced. People glared, perhaps even growled, but dared not say a word to Pastor Matai.

His confidence bolstered, Pastor Matai’s enthusiasm grew. Surely, God had something special in store for the people in this village. With fresh resolve, Pastor Matai mounted his bicycle.

Signs and wonders began to follow the trail of Pastor Matai’s two wheels. After a film screening about Jesus at Leoni’s house, Pastor Matai offered to pray for the sick. A woman named Seema came forward with stomach problems, and the Lord instantly healed her!

God used news of Seema’s healing to move in the hearts of many others. One family invited Pastor Matai to pray for a woman named Kalei, who had become unconscious after witnessing a traumatic accident; she was paralyzed in body and speech. After praying for Kalei, Pastor Matai commanded, “In the name of Jesus, talk,” and she did!

Mahina also came to Pastor Matai; she was weak and sickly after a month of bleeding. Pastor Matai prayed for Mahina, and God healed her. A man’s nose constantly oozed blood, but then God healed him too. Another woman suffered from appendicitis. Once again, the Lord miraculously healed.

As miraculous testimonies in the village accumulated, wonder grew, and God stirred hearts. The small weekly gatherings at Leoni’s house slowly increased, outgrowing the space and moving to their own place of worship. God also opened doors for Pastor Matai to start small fellowships in six neighbouring villages. 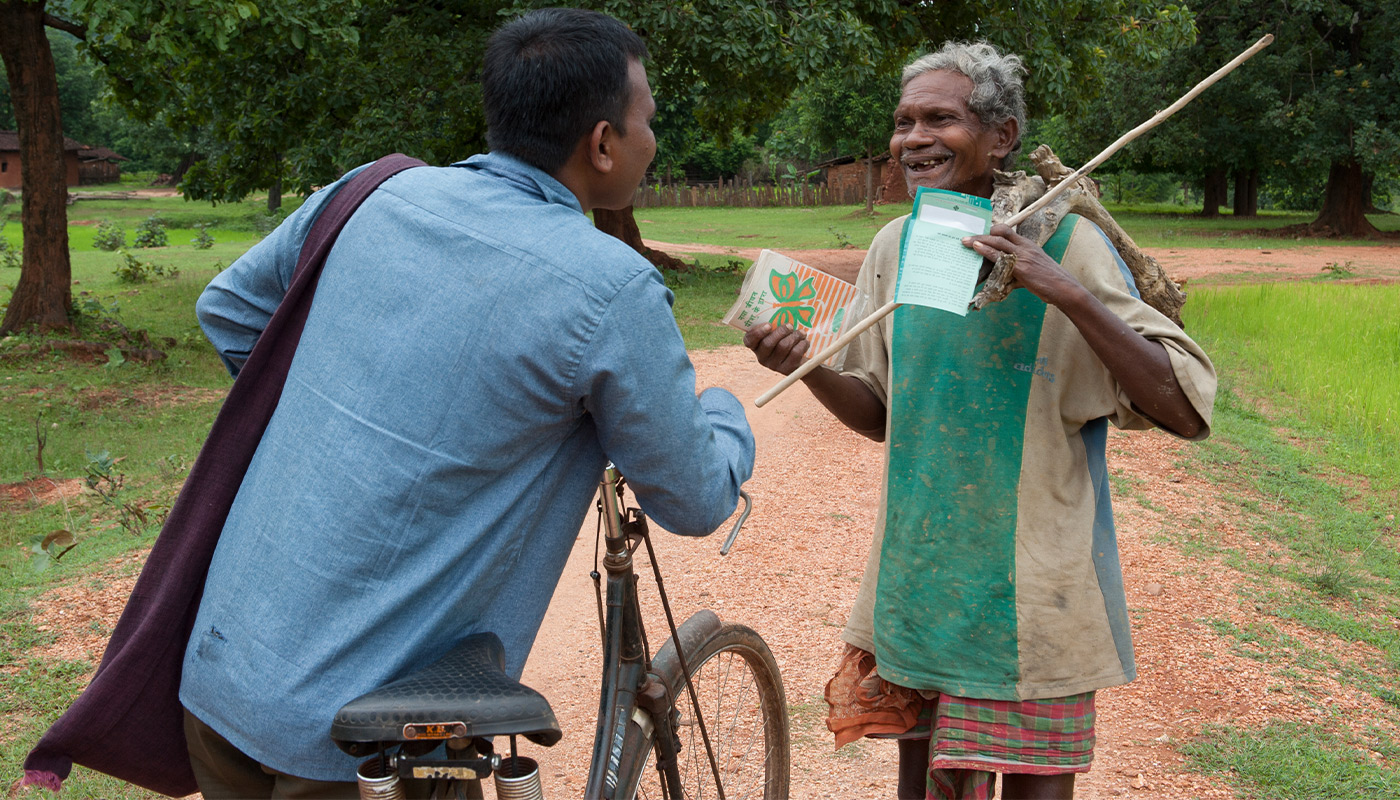 Like this pastor, Pastor Matai (not pictured) shares Christ’s love with people in remote villages, some accessible only by bicycle.

But there were those who sought to sabotage the believers. Once, a dead body appeared on the doorstep of their worship place accompanied with accusations that Pastor Matai had murdered the man. Investigation ensued and, thankfully, police proved Pastor Matai’s innocence and captured the real criminal. Another time, agitators tried to hit Pastor Matai and his wife with a vehicle, but the couple escaped injury. There was also animosity, and threats, when Pastor Matai looked for land upon which to build a permanent place of worship, but God provided a way to obtain land.

Despite these challenges, the Lord continued to add believers to their numbers. Pastor Matai also initiated various community development initiatives, including GFA’s child sponsorship program and gift distributions, helping people within the community overcome poverty and offering a brighter future for their children.

Overcoming all obstacles, Pastor Matai has been instrumental in transforming this remote community with Christ’s love. Though difficult, the many miles trekked by Pastor Matai have proven worth it as God has worked through His dedicated servant. The fruit of Pastor Matai’s labor is before him, but this triumph would have been impossible without his bicycle.

You Can Increase Their Impact

GFA World national workers travel many miles to surrounding villages, some of them remote, to share the love of Christ. Driven by compassion and purpose, these devoted workers often travel these miles by foot, their only mode of transportation. Their impact is limited by how far they can walk.

A simple bicycle can multiply these workers’ impact. Bicycling is five times more efficient than walking, enabling workers to cover much more ground in less time.3 If they were able to walk to a village in five hours, a bicycle would likely enable them to reach that same village in just one hour, leaving them with more time to minister and empowering them to travel to even farther villages. 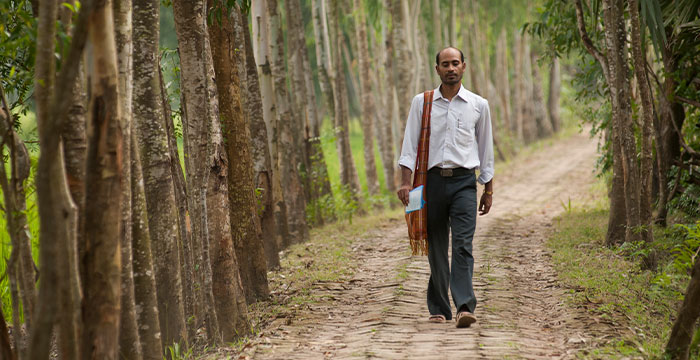 A major obstacle in doing ministry in remote areas is the lack of proper transportation. Many GFA workers, such as this man, walk many miles to minister to others.

Just think about the many remote villages, like the one Pastor Matai serves, that have yet to experience Christ’s love. Think of all the villages just beyond walking distance of a national worker and the life-changing hope they carry. Think of the prayers national workers may be saying even now for a bicycle that would enable them to travel to a community currently out of their reach. Think of the hurting people who need their loving care and message of hope.

You can be the answer to their prayers.

You Can Increase a National Worker’s Impact

Your gift will enable a national worker to go to far-off places and, just like Jesus, respond to the distress and struggles of the people with a heart of compassion. Within a few years, these villages can change into places of hope and ongoing, positive transformation.