"The Rice Bowl of the Far East"

Formerly known as Burma, the former kingdom was a British colony for 200 years before gaining independence in 1948. A military government seized power in 1962 and tightly controls the government to this day.

Myanmar has a long history of conflict between ethnic groups. The largest people group, the Bama, are Buddhists who dominate the country’s government and culture. The Bama live on the most fertile land in Myanmar.

Dozens of minority groups, including the Chin, Shan, Karen, Mon and Rakhine, scratch out an existence in the country’s mountainous frontiers. These groups have widely varying religious practices.

Over the past 50 years, Myanmar’s once-prosperous economy has plummeted—becoming one of the most poverty-stricken countries in Southeast Asia.

Natural disasters like Cyclone Nargis in 2008, tsunamis, a rat plague and drought have devastated the once-profitable agricultural industries. Nonetheless, rice paddies, along with sugarcane and peanut farming, continue to provide income for many people in Myanmar. 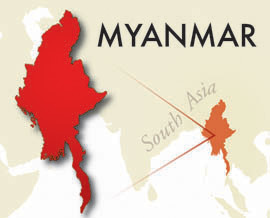