"Roof of the World"

Nepal was once the world’s only official Hindu kingdom. But changes in its government are paving the way for democracy and more religious freedom.

As home to the majestic Himalaya Mountains, this tiny country thrives on tourism. People from around the world come to take in its scenery and climb its peaks. Even with tourists pouring money into the economy, Nepal as a whole is underdeveloped and one of the poorest countries in the world.

Hidden Away from the World

Many Nepalis live in tiny, remote villages in the hills and mountains. A number of villages can only be accessed by narrow, rough mountain trails. Trekking up the rugged mountain terrain is tedious; it can take hours—even days—to reach some villages.

The people of Nepal suffered greatly from more than a decade of civil conflict between insurgent Maoists and government forces that claimed thousands of lives. Even after a peace agreement, political instability and sporadic violence have occurred, fostering tension among the people. 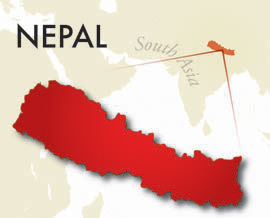