West Bengal is famous as the home of both pioneer missionary William Carey and Mother Teresa and her Sisters of Mercy. It is also the place where Darjeeling tea is grown and Bengal tigers are part of the native landscape.

Once the state was ruled by a powerful dynasty of kings and was a cultural hub where art and learning flourished. West Bengal is still considered the center of classical Indian culture.

West Bengal has a bloody history with its next-door neighbor, Bangladesh. After India’s independence from Great Britain, many Muslims moved to Bangladesh while Hindus made their way into India. Violence characterized that great migration, and tensions between the two religious groups have remained through the years.

More than 70 percent of West Bengal’s population makes their living through agriculture. Tobacco, luxurious spices, rice and tea are vital crops. West Bengal’s Darjeeling tea is famous throughout the world, being the preferred tea at the royal Buckingham Palace in England. 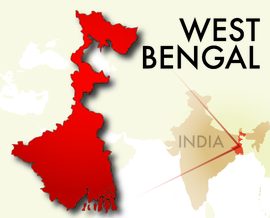